The Birth of Honey Beaulieu 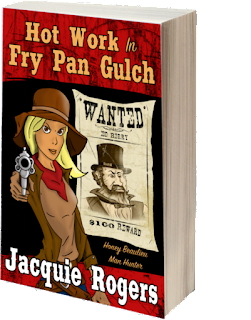 I couldn't be happier that Honey Beaulieu's story will finally be told. She's been waiting in
the wings for over eighteen years—and not all that patiently, I might add.

Her wait is the story of my writing career, almost. I began writing in 1996 when I dreamed a
story. That manuscript wasn't completed until two years later. About three chapters from the
end, characters and situations for other books began swirling in my head, which sure didn't help
to get that first one finished.

One of my critique partners told me to type them up and put them in an Ideas folder, then finish
the book, which I did. I think of that folder as my own private treasure chest. Many of those
ideas developed into books--all the Hearts of Owyhee books came from that, as did Sleight of Heart.

But one of the ideas--my favorite--I knew I'd never write because the large publishers (the only
option then) would never in a million years buy a non-traditional Western with a female
protagonist that didn't have enough romance to be a Romance, didn't have enough paranormal to
be a Paranormal, or enough mystery to be a Mystery, and at that time, there weren't any female
action/adventure protagonists.

So this idea stayed in my treasure chest, but every once in a while Honey pounded on the door.
I never forgot her, but writing a book takes a very long time and a lot of commitment of
resources, so writing an unmarketable book wasn't in the cards.

Then, last year, my critique partner and I were discussing where I should go with my next
series. For some reason, Honey banged on the lid of the treasure chest again. Only I have to
admit, her name was originally Pansy. She always did hate her name, which is why I changed it
in the first reference to her in Much Ado About Marshals, and she hasn't complained since.

So for the first time since 1998, I opened the file and sent it to my friend. She loved Honey
right off the bat, almost as much as I did. She pointed out that we don't have to write to
someone else's specifications--I can write anything I want! Furthermore, she convinced me that
my readers would love it.

I was excited so didn't tell her my misgivings--at least, not many of them. But I worried that
my readers wouldn't go for the grittiness or the more bawdy tone. Even so, once I got all the
books that I'd committed to writing off my plate, Honey took stage, front and center. She's
not wanting to move off, either.

In my initial concept back in 1998, Honey and her two sisters were all pistoleers. Over time,
she brought me around to her way of thinking--this series was hers and no one else's. Her
sisters' personalities haven't changed but they aren't pistoleers, and the series is definitely
all Honey's.

So please enjoy the ride along with Honey Beaulieu. She's quite a gal.  She even has her own blog!


Keep up with Jacquie Rogers' latest news at the
Pickle Barrel Gazette!

Posted by Jacquie Rogers at 2:14 AM 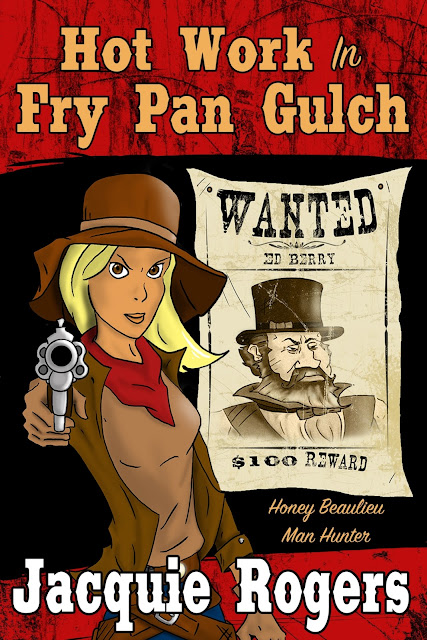